In the end, Jeff and I decided to compromise and look for a medium-sized dog. It seemed like the best combination of both choices.

I was afraid while looking at CAP (Citizens for Animal Protection) that we'd find a dog and she would end up being too hyper and crazy! So as we looked, we were very hesitant. We went with some friends who are also looking to rescue. Here are a few photos: 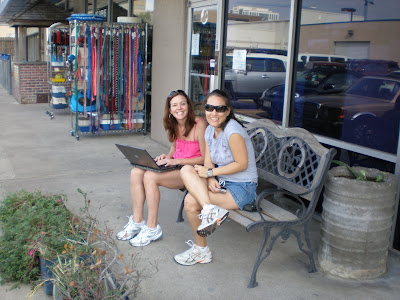 Lauren (on the left) recently adopted a puppy named Jackson from the SPCA. Dewi (Pronounced - Davie on the right) is looking for a Golden Retriever. 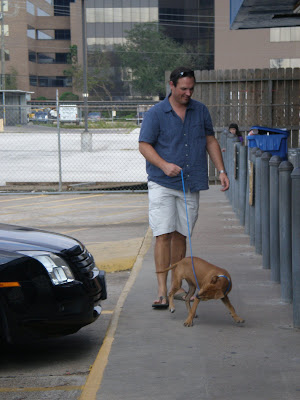 Lambros (Dewi's husband) is trying out a lab puppy. He was a cute playful puppy. 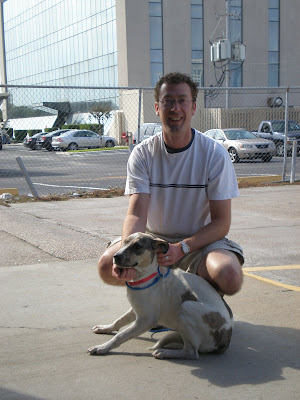 Jeff with "Frannie" - a name we had to change :) She was so sweet yet timid. We were worried she wouldn't attach herself to us. She was more interested in licking everyone that walked by, than staying by us. While spending time with her, I opened her mouth, pulled/squeezed her tail and ears, splayed apart her web-like paws to see what she would do. She just sat there and licked me. Jeff and I put her on hold and went home to research part of her mutt nature: Catahoula. We were torn because she seemed distant and dull (especially for an 8-month puppy!), yet she was so gentle and sweet. The next day when I called Jeff at work, I asked him: How would you feel if I told you I left her behind? His response: "I'd be sad." I then asked him how he would feel if I had adopted her. His response: "I'd be excited." That was my answer. We told CAP we wanted her (Sept 19th) and brought her home on the 20th. 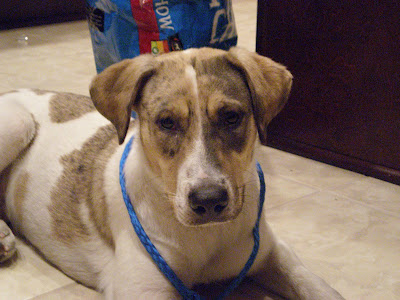 Meet our new family member, Lola! She developed Kennel Cough - a doggie cold. So, we are "Fostering" her right now till she can be spayed. She is definitely still puppy (8 months at that) but learning her commands quickly! We expect she won't get much over 40lbs. 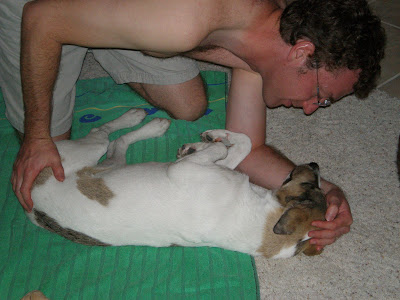 She quickly picked up cuddling (always did like to put her muzzle in your hand) and having her tummy rubbed. She likes to be wherever we are. Baths are not a favorite - she's had 2! but she is tolerant. 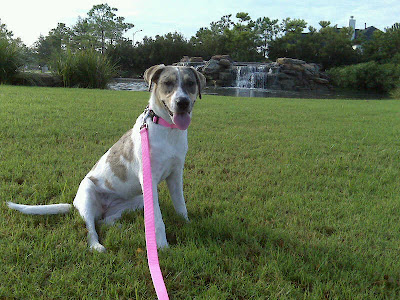 This is a photo I took while walking her the other day (September 24th)! As you can see she's learned "Sit" pretty good!
Posted by Jeff and Marissa at 2:39 PM

Lola is a cute new addition to your household. She's very lucky to have you two for her owners. I'm sure you'll get many hours of enjoyment from her. 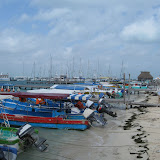 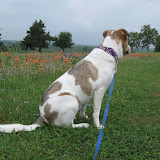 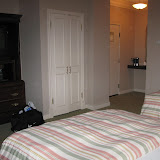